Round 10, the final round of the 2019 Pirelli MX Nationals at Coolum saw DPH Husqvarna dominate proceedings with Todd Waters in THOR MX1 and Wilson Todd in Pirelli MX2 being crowned Champions at the conclusion of racing along with Raceline KTM Thor’s Regan Duffy taking out the Motul MXD series Championship.

THOR MX1 saw DPH Husqvarna’s Todd Waters dominate round ten, taking out a perfect weekend winning Raceline Superpole and both MX1 moto’s en route to the 2019 championship #1 plate. Empire Kawasaki’s Dylan Long would ride to a season best second overall with great starts placing 3-2 moto scores on the day, as Penrite Honda’s Brett Metcalfe took third overall from 2-6 moto scores as a battle of inconsistency took place in the remaining top spots for MX1. Second place in the THOR MX1 championship, CDR Yamaha Monster Energy’s Luke Clout would struggle with 4-4 moto scores to finish off the podium on the round overall results. Raceline KTM Thor’s Hayden Mellross put in a spirited effort to maintain third in the Championship riding with a badly injured knee, after finishing thirteenth in moto one, a DNF from CDR Yamaha Monster Energy’s Kirk Gibbs then allowed Mellross to sit out moto two as he was enough points clear of Gibbs in the championship to forfeit the second moto.

PIRELLI MX2 saw DPH Husqvarna’s Wilson Todd check out from the field winning Moto one of the back to back moto’s. Serco Yamaha’s Nathan Crawford would charge through the field to win the second back to back moto, with WA’s Penrith Pirelli CRF Honda Racing’s Kyle Webster and Yamalube Yamaha’s Jay Wilson both placing consistent finishes in the sprint moto’s to be in contention for the round overall heading into moto three. Wilson Todd would lead early after the hole shot in moto three but eventually decided to play it safe as Kyle Webster showed great speed winning moto three with Jay Wilson finishing in second. Webster would win the overall from Wilson Todd second and Jay Wilson third. In the Championship, Wilson Todd would reclaim his #1 plate from Webster in second and Jay Wilson finishing the year third. 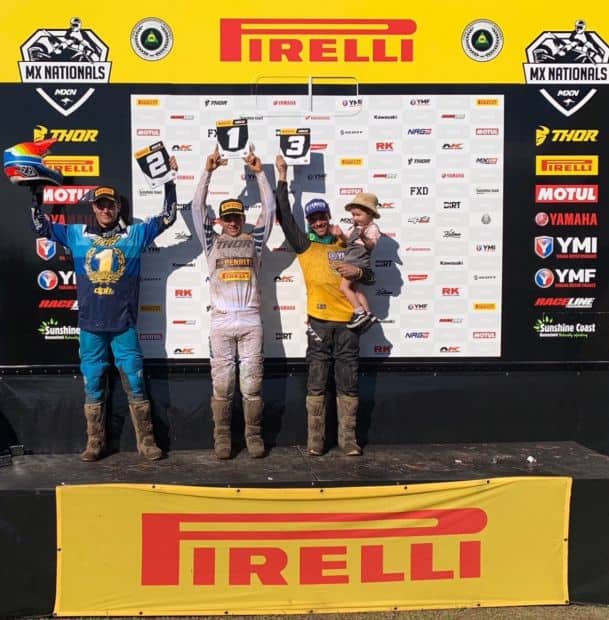 MOTUL MXD would provide less drama than yesterday’s round nine as WA’s Raceline KTM THOR’s Regan Duffy would lead almost every lap of both moto’s on his way to the overall win and the Championship #1 plate. WBR Bulk Nutrients Yamaha’s Maximus Purvis would challenge Duffy in second place for both moto’s however he did not have the speed to match his performances from yesterday. Privateer Jai Walker would land his first career overall podium in third. In the Motul MXD Championship it was Regan Duffy winning the title, from Max Purvis and Penrith Pirelli CRF Honda Racing’s Rhys Budd in third. 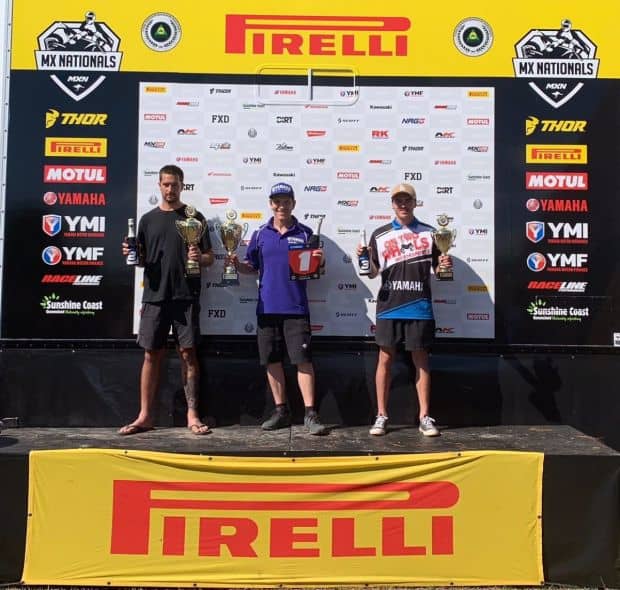 The Yamaha 65 Cup exhibited the next generation of Australasian Motocross talent with NZ rider Levi Townley taking the win from Marcus Nowland and Lachie McLaren rounding out the podium.

Follow Us!
2019 Give Me 5 For Kids Fraser Range Charity Ride