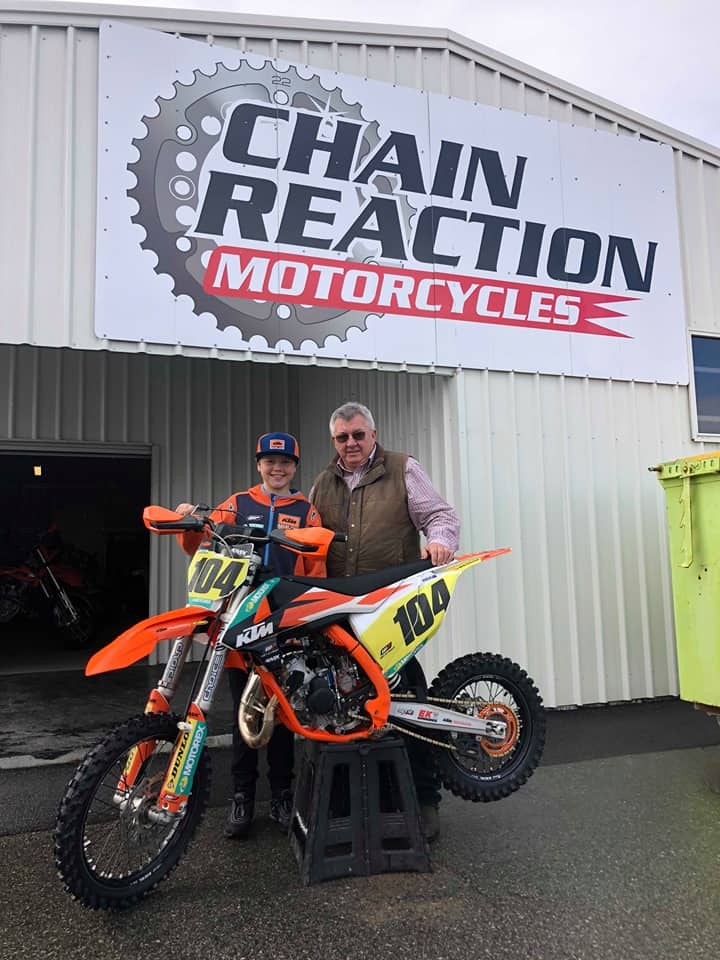 Australia to Defend WJMX Crown this weekend in Italy

Team Australia’s World Junior Motocross (WJMX) team will be looking to go back-to-back this weekend with the 2019 running of the FIM Junior Motocross World Cup to take place this weekend (13-14 July) at Pietramurata, Trentino in Italy’s North. With over 20 nations expected to take part in the event, Team Australia will be looking to repeat last year’s performance at home in Horsham, Victoria, where they took out the Team of Nations trophy.

Bailey Malkiewicz and Braden Plath led team Australia to victory in the 2018 event, winning the 125cc WJMX World Championship and 65cc World Cup respectively. With neither rider taking part in this year’s competition, the opportunity exists for Kayden Minear to make his mark in his third WJMX in the 65cc class and for the other five Team Australia riders to step into their shoes and lead Australia to victory once again. 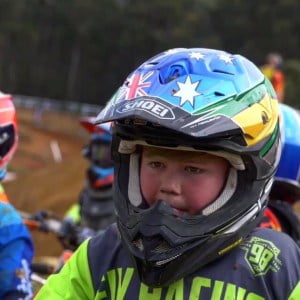 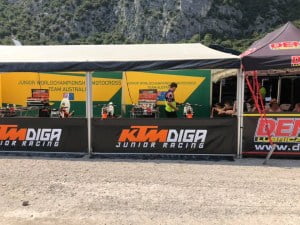 This year, Australia will be represented by:

The event will return to Italy eight years after its last visit in 2011, with the 2019 WJMX World Cup taking place at the picturesque Pietramurata course, the same venue used in the MXGP and MX2 World Championship . The two-day event will host practice and qualifying sessions on Saturday followed by racing on Sunday for 125cc, 85cc, and 65cc classes.

Fans can keep up with the competition from Italy via live timing here, and results will be posted online at the completion of each event.

Kayden and his family recently ran a very successful raffle and they would like to thank all of those fantastic people who supported it by contributing prizes and purchasing tickets.

The lucky winners were:

Don’t forget to enter the Team Australia 2019 WJMX Raffle, with proceeds helping to support Team Australia WJMX to compete overseas. Click here to purchase your ticket for a chance to win a brand new KTM or Yamaha! Tickets are still available and the draw will remain open until our riders return from Italy. 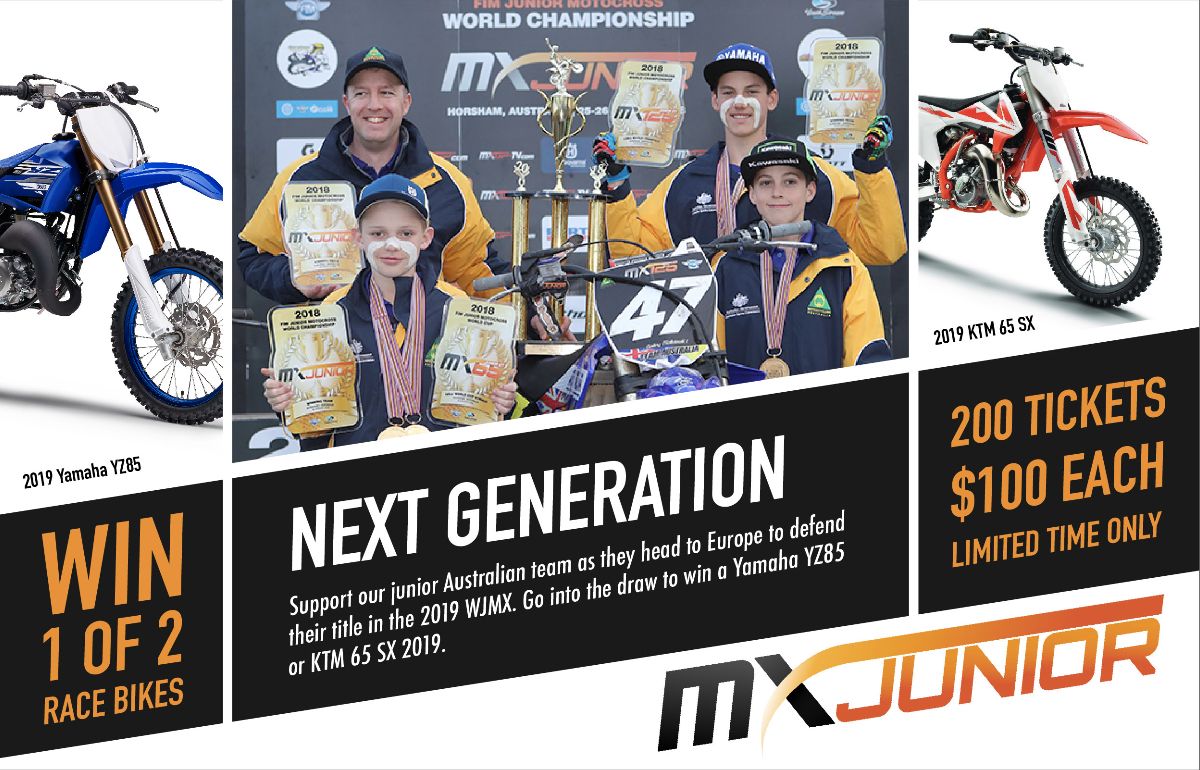 Follow Us!
Give Me 5 For Kids Frasers Range Charity Ride-6th-7th July 2019

X Trial Is Just Simply Not Like Any Other Motorsport.
Scroll to top